pundit from another planet

All 16 of the arrests made in Ferguson last night were people from out of town, police say http://t.co/qv5QEIC9Fapic.twitter.com/DJRyzhgKVK

Stupid travels in groups. The larger the group, the more stupid is present. Don’t let stupid get you hurt or killed.

Index your finger on the frame above the trigger and NEVER let it wander when you are not actually engaging the target.

Be a Good Scout. Be Prepared. For everything. By Nicholas O. – Off The Grid News

If you’re reading this, chances are pretty good that you have some form of survival kit of your own. It doesn’t matter whether you have a full-size backpack, or just a little case that can fit into your pocket — having a kit of basic survival tools is imperative.

But if you do have that survival kit, it’s also probably filled with basic items you would find in a survival list or book. All of these items — like a good knife and a compass — are important. Still, your kit may be underequipped for the drastic change in weather. A frigid, snow storm-filled winter is one of the harshest environments for survival.

Obvious, yes, but this cannot be overstated enough. During winter, you need everything you can…

It’s that time of year. However, just because the seasons ends, your precautions should NEVER end. 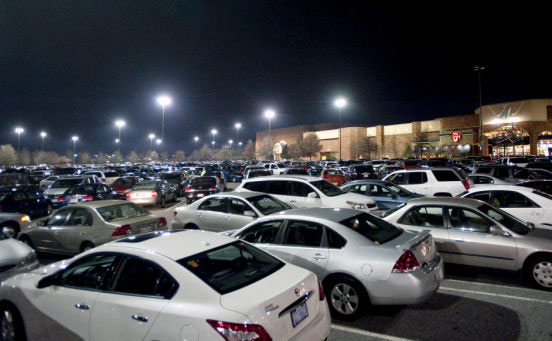 While you are out shopping this season, and while some of these personal security tips may seem paranoid, the fact is that trouble lurks just beneath the surface where criminals are looking for victims. Situational awareness will enable you to see it on occasion. It’s there.

Here are 21 tips to consider for your personal security while out shopping:

During daytime, park away from the crunch of cars – which provides more visibility to assess (for coming and going).

During the night, park up close to the entrance, under a light.

Make a conscious effort to NOT keep your head down in your smartphone.

Don’t stare straight ahead while you walk.

Don’t walk while looking at your feet.

Casually look around while you walk.

Don’t slouch while you walk.

Keep your shoulders back and chin up. Look confident.

Not everything related to Ferguson is bad news.  Some people still know how to love each other.

KHQ.COM – Benjamin Watson who plays for the New Orleans Saints posted the following on his Facebook page and it has since gone viral:

“At some point while I was playing or preparing to play Monday Night Football, the news broke about the Ferguson Decision. After trying to figure out how I felt, I decided to write it down. Here are my thoughts:

I’M ANGRY because the stories of injustice that have been passed down for generations seem to be continuing before our very eyes.

I’M FRUSTRATED, because pop culture, music and movies glorify these types of police citizen altercations and promote an invincible attitude that continues to get young men killed in real life, away from safety movie sets and music studios.

I’M FEARFUL because in the back of my mind I know that although I’m a law abiding citizen I could still be looked upon as a “threat” to those who don’t know me. So I will continue to have to go the extra mile to earn the benefit of the doubt.

I’M EMBARRASSED because the looting, violent protests, and law breaking only confirm, and in the minds of many, validate, the stereotypes and thus the inferior treatment.

I’M SAD, because another young life was lost from his family, the racial divide has widened, a community is in shambles, accusations, insensitivity hurt and hatred are boiling over, and we may never know the truth about what happened that day.

I’M SYMPATHETIC, because I wasn’t there so I don’t know exactly what happened. Maybe Darren Wilson acted within his rights and duty as an officer of the law and killed Michael Brown in self defense like any of us would in the circumstance. Now he has to fear the backlash against himself and his loved ones when he was only doing his job. What a horrible thing to endure. OR maybe he provoked Michael and ignited the series of events that led to him eventually murdering the young man to prove a point.

I’M OFFENDED, because of the insulting comments I’ve seen that are not only insensitive but dismissive to the painful experiences of others.

I’M CONFUSED, because I don’t know why it’s so hard to obey a policeman. You will not win!!! And I don’t know why some policeman abuse their power. Power is a responsibility, not a weapon to brandish and lord over the populace.

I’M INTROSPECTIVE, because sometimes I want to take “our” side without looking at the facts in situations like these. Sometimes I feel like it’s us against them. Sometimes I’m just as prejudiced as people I point fingers at. And that’s not right. How can I look at white skin and make assumptions but not want assumptions made about me? That’s not right.

I’M HOPELESS, because I’ve lived long enough to expect things like this to continue to happen. I’m not surprised and at some point my little children are going to inherit the weight of being a minority and all that it entails.

I’M HOPEFUL, because I know that while we still have race issues in America, we enjoy a much different normal than those of our parents and grandparents. I see it in my personal relationships with teammates, friends and mentors. And it’s a beautiful thing.

Here is the link to his Facebook page: http://tinyurl.com/oo9szxv

This man is a real champion, no matter what happens on or off the field.  I admire his heart ~ the deputy

Bold accents by the deputy.  Of course this info will be swept under the Mainstream Media Carpet.

FERGUSON, Mo. (AP) — Some witnesses said Michael Brown had been shot in the back. Another said he was lying face-down when Officer Darren Wilson finished him off. Still others acknowledged changing their stories to fit published details about the autopsy, or admitted that they didn’t see the shooting at all.

An Associated Press review of thousands of pages of grand jury documents reveals numerous examples of statements made during the shooting investigation that were inconsistent, fabricated or provably wrong. For one, the autopsies ultimately showed Brown wasn’t struck by any bullets in his back.

Prosecutors exposed these inconsistencies before the jurors, which likely influenced their decision not to indict Wilson in Brown’s death.

Bob McCulloch, the St. Louis County prosecutor, said the grand jury had to weigh testimony that conflicted with physical evidence and conflicting statements by witnesses as it decided whether Wilson should face charges.

The decision Monday not to charge Wilson with any crime set off more violent protests in the St. Louis suburb of Ferguson and around the country, fueled by claims that the unarmed black 18-year-old was shot while peacefully surrendering to the white officer in the mostly African-American city.

What people thought were facts about the Aug. 9 shooting have become intertwined with what many see as abuses of power and racial inequality in America.

And media coverage of this aftermath made it into the grand jury proceedings. Before some witnesses testified, prosecutors showed jurors clips of the same people making statements on TV.

Their inconsistencies began almost immediately after the shooting, from people in the neighborhood, the friend walking with Brown during the encounter and even one woman who authorities suggested probably wasn’t even at the scene at the time.

Jurors also were presented with dueling versions from Wilson and Dorian Johnson, who was walking with Brown during the Aug. 9 confrontation. Johnson painted Wilson as provoking the violence, while Wilson said Brown was the aggressor.

But Johnson also declared on TV, in a clip played for the grand jury, that Wilson fired at least one shot at his friend while Brown was running away: “It struck my friend in the back.”

Johnson held to a variation of this description in his grand jury testimony, saying the shot caused Brown’s body to “do like a jerking movement, not to where it looked like he got hit in his back, but I knew, it maybe could have grazed him, but he definitely made a jerking movement.”

One woman, who said she was smoking a cigarette with a friend nearby, claimed she saw a second police officer in the passenger seat of Wilson’s vehicle. When quizzed by a prosecutor, she elaborated: The officer was white, “middle age or young” and in uniform. She said she was positive there was a second officer — even though there was not.

Another woman testified that she saw Brown leaning through the officer’s window “from his navel up,” with his hand moving up and down, as if he were punching the officer. But when the same witness returned to testify again on another day, she said she suffers from mental disorder, has racist views and that she has trouble distinguishing the truth from things she had read online. Prosecutors suggested the woman had fabricated the entire incident, and wasn’t even at the scene the day of the shooting.

Another witness had told the FBI after the shooting that he saw Wilson shoot Brown in the back, and then stand over his prone body to finish him off. But in his grand jury testimony, this witness, acknowledged that he had not seen that part of the shooting, and that what he told the FBI was “based on me being where I’m from and that can be the only assumption that I have.”

The witness, who lives in the predominantly black neighborhood where Brown was killed, also acknowledged that he changed his story to fit details of the autopsy that he had learned about on TV.

“So it was after you learned that the things you said you saw couldn’t have happened that way, then you changed your story about what you seen?” a prosecutor asserted.

“Yeah, to coincide with what really happened,” the witness replied.

Another man, describing himself as a friend of Brown’s, told a federal investigator that he heard the first gunshot, looked out his window and saw an officer with a gun drawn and Brown “on his knees with his hands in the air.” He added: “I seen him shoot him in the head.”

But when later pressed by the investigator, the friend said he hadn’t seen the actual shooting because he was walking down the stairs at the time, and instead had heard details from someone in the apartment complex.

“What you are saying you saw isn’t forensically possible based on the evidence,” the investigator told the friend.

Shortly after that, the friend asked if he could leave.

“I ain’t feeling comfortable,” he said.

Giving a false statement to a police officer or jury is a crime.  Betcha none of these people are ever charged in connection with their lies.

Please pay attention to the fact that this Grand Jury was picked last spring.  This is NORMAL to pick grand juries in advance and have them hear multiple cases over a period of time.  The people that are claiming a jury fix are ignorant of the facts.

If you’re too stupid to understand that attacking a man with a gun can get you shot, you certainly shouldn’t be in the gene pool.