…you don’t know where it came from.  And TPTB don’t want you to know.  Now eat your chemicals and genetic modifications like a good little subject.  Oh, and take that red pill while you’re at it.

This is exactly what the administration wants.  Poor blacks being treated with obvious disparity to whites.  Little big O wants racial tensions as high as he can get them, and this is  Never mind that blacks who are a little better off won’t get pushed around like this, the story will be spun to maximize racial hatred.  That’s O’s plan.

Personally, I think it is sick enough to kill them all and let God sort them out, but that’s not my call.

I suspect the Russians will deal harshly with this evil.  I sure hope so.

When your crimes are about to be exposed, why would you rescue the guy who can hang you out to dry.  The Ambassador knew too much to be allowed to live.

The difference it makes is innocent lives.  Here are 2 murderers that need to be executed for their treason.

Just consider what it takes to mount a 24/7 guard:  4  hour shifts, that’s 6 per 24 hrs.  You need 8 hrs recovery time between shifts.  How fast do you think burnout will occur with the guard crew?  What if someone gets sick or hurt?  And this only covers one Observation Post (OP), and you have a 360 degree perimeter.  Also, this does not provide for scouts, rovers, perimeter patrol, runners, etc.  Now, who is doing the cooking, cleaning, and food production?  Ya think your 10 person fire team will last more than a week or two before they are so exhausted they can no longer function?  You NEED community!

A few survival communities exist, but much more common are various forms of religious communities.  The ‘home church’ movement in the US has gained a lot of ground in the last 20 or 30 years.  Home churches usually consist of 2-4 families gathering for worship and study.  Just what will fit in the living room or rec room of the average home.  It’s probably the best place for a prepper to start networking.  Some churches have ‘breakout’ community groups that operate something like mini-churches, meeting in homes for mid-week prayer and study in place of a Wednesday night hymn and prayer service at the church.  I attend such a church and breakout group.  Socially, it allows the building of a close-knit community where people get to know each other and have an opportunity to share faith and teaching, pray for one another, and quite often learn about and meet members’ needs, whether with prayer, counseling, emotional support, food, cars, appliances, physical labor, etc.  It’s hard to hide in such a group; you’re going to out yourself quickly if you have a  agenda that is subversive or anathema to the group.

From an OPSEC point of view, a ‘gospel community group’ is a great place to ‘vet’ others to maintain integrity and security of a ‘survival’ group.  Back in the 90’s the terms ‘survivalist’ and ‘patriot’ were demonized by the Clinton administration and the  lapdog media with it’s Marxist agenda of destroying America.  Having identified with survivalists and patriots for many years, I was overjoyed to see those ideals and groups re-branded as ‘preppers’ and ‘Christian preppers.’

Of course, not all preppers are christians (nor are all christians preppers), nor are the terms survivalist and prepper interchangeable.  And another thing to remember is that not all ‘christians’ are disciples of Yeshua ha Mescheach.  In other words, they claim the name, but don’t try to discipline their lives to follow the teachings.  In fact today, many ‘christians’ are socialist crusaders that wouldn’t know the Gospel if it jumped up and bit them on the butt.  These folks should be very careful, as the 10 Commandments say not to take the Lord’s name in vain.  They are taking upon themselves the title of christians and followers of Jesus (Yeshua), but they claim the name in vanity, refusing to acknowledge the deity of Jesus or allow His Spirit to have any say in their daily lives.  Sure, you can say that the commandment means you mustn’t curse using His name, but you can’t deny the logic of my argument that it can mean claiming to be a believer without really meaning to follow through.

So, coming back from that rabbit trail, let’s get back to the establishment of communities of refuge, which is the focus of the following article:

BTW, if you wonder why I didn’t capitalize ‘christian’ it is because it means nothing today.  So many have claimed the name in vain, or misused it, that it really is useless as an identifier.  Disciple connotes discipline or an attempt to conform to certain standards, and believer works for me because it begs the question of “What do you believe in?”  This, of course, opens the discussion which will quickly determine if you have any common ground or if you are diametrically opposed to each others basic beliefs (world view).

Prep now, even if it is just something small. By Daisy Luther – The Organic Prepper

In the last weeks of winter, you can sometimes find yourself in limbo. You’re itching for spring and the smell of the freshly turned dirt, the magic of planting seeds, and the good weather to get outside and have some fun. Meanwhile, it’s still cold, possibly slushy, and definitely too soon to plant or bring home baby animals for the farm in most areas. This week, the Self-Reliance Weekly Report is about taking some time to audit your self-reliance, get organized, and plan some projects. (And if you’re getting a big tax return, that might help fund your efforts.)

The Self-Reliance Weekly Report is a collection of strategies, made up of the articles, books, DIYs, and products that I found useful on my own little prepper’s homestead.

Being organized is incredibly important. It’s always nice to have a home in which…

Be Prepared, Scouts. Think ahead. 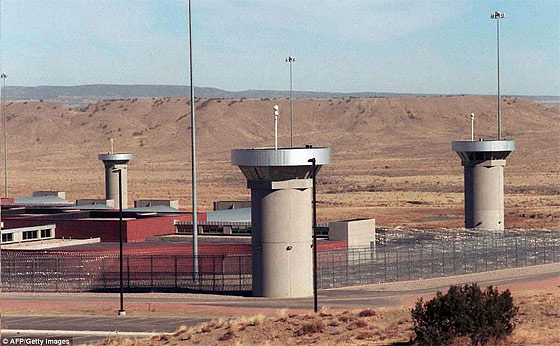 By Ken Jorgustin – Modern Survival Blog
Here’s a hypothetical for you: While considering the worst case scenario whereby societal collapse and/or complete infrastructure failure (e.g. EMP, grid-down) leads to the escape/release of prisoners within the U.S., do you know where the prisons and prisoners are located, and are any of them near where you live?

Or how about this… Do you know which states have the highest and lowest imprisonment incarceration rates, and how this may or may not affect you depending on where you live?

Continue reading at Modern Survival Blog: Is There A Prison Near You?

Stay healthy or be part of the first die-off. 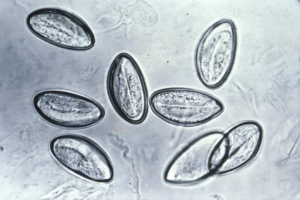 Pinworms exist among many subjects that most people would rather not talk about. And who could blame them? In case you don’t know, pinworms are an intestinal parasite that anyone can be infected with if they happen to ingest their microscopic eggs. They live in your bowels for several weeks before emerging from your rectum at night to lay eggs, which leads to unbearable itching. That itching gets the eggs under your fingernails and bed sheets, which helps the parasite spread to new hosts.

I can already sense some of you moving your cursor to click away from this dreadful topic, but before you do, consider this: At any given time, between 10% and 15% of the population is infected with pinworms, most of them children. This isn’t some exotic parasite you pick up after visiting a developing nation. You can get them…

You do carry at least 3 knives, don’t you. Remember the rule of 3’s 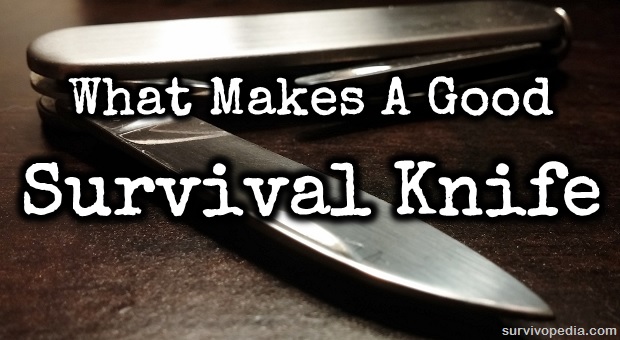 Ask a prepper what’s in his pockets, and he’ll tell you about his knife first, for sure. But just any knife will simply not do! And every prepper has his favorite one, so recommending the best knife will certainly not please everyone.

But there are knives better than others and everyone agrees on that. And what’s even more important when choosing your knife is a set of criteria that you have to keep in mind before investing in one.

Continue reading at SurvivoPedia: What Makes A Good Survival Knife

I have to read (and post) a lot of really depressing news to keep up with the blog, but God is on His throne and no weapon formed against me. ORshall prosper. Or you.