History repeats itself for those that do not study it.

The yellow warning line will be crossed with national gun registration laws, including laws forbidding private gun sales without government permission. When that law passes, millions of Americans will feel that they have been pushed directly to the edge of the abyss above the mass graves of history. Defenders of the Second Amendment know what happened in Turkey, the USSR, Germany, China, and other nations that fell under totalitarian rule: in every case a necessary preliminary step on the road to genocide was national gun registration, followed by confiscation. The Jewish survivors of the Nazi Holocaust say, “Never again!” And so do we.

The red line will be crossed with the passage of laws mandating that currently owned weapons, ammunition magazines, and ammunition quantities above a certain number must be turned in to authorities or destroyed, and thereafter their simple possession will be a felony. At that point, the nation will be on a hair trigger, with a thousand flaring matches nearing a thousand primed cannon fuses aimed directly at the next Fort Sumter.

The next line requires a bit of history to explain. In some primitive Civil War POW camps, where lack of funding or logistical constraints did not allow the construction of proper fences, a knee-high continuous railing of wooden slats encircled the prison grounds. Guards with rifles were positioned at the corners and in crude towers. If a prisoner so much as stepped over the narrow plank, he was shot dead without warning, obviating the need for a real fence to contain him. Hence the term “dead line.” Cross the line and people die, right now.
And this is what liberal Utopians must understand: after passing the yellow line with national gun registration and transfer requirements, and the red line by making possession of currently legal firearms felonious, the dead line will be breached with the first SWAT raids upon citizens suspected of owning legal firearms made illegal by the new gun control laws. People will die resisting confiscation, in large numbers.
Confiscation crosses the dead line, make no mistake about it.
So this essay is really for you, Mr. Security Agent, because it won’t be elite Manhattan or Malibu liberals or Ivy League professors or politicians or columnists who will be ordered to strap on the sweat-stained body armor and enforce the new gun control laws at gunpoint. No, that grim task will fall to you.
But as long as you are an honorable agent of the people while an employee of the government, and as long as you honor your oath to uphold and defend the Constitution, then you will encounter no problems at all with gun owners. Why? Because you will refuse to take part in gun confiscation raids. Period. End of sentence, end of paragraph.
The Federal Bureau of Investigation is the leading American law enforcement agency, at least in terms of its long history and high prestige. Dear Mr. Security Agent, please consider that F.B.I. also stands for Fidelity, Bravery, and Integrity. Soon, your fidelity to your solemnly sworn oath may be severely tested. It will take a lot of bravery to make your personal integrity a higher calling than following illegitimate orders, simply to maintain your steady paycheck and benefits.
On the other hand, if you no longer resemble the upstanding and honorable federal agents I have known in the past, if that whole oath-to-the-Constitution shtick was a big fat joke to you and you would accept a transfer to the old Soviet KGB or East German Stasi for a ten percent pay raise…then we are definitely going to have a problem. So that oath you swore really matters, one way or the other, and so does your personal sense of honor.
Dear Mr. Security Agent, let me spell it out. If you find yourself in the sub-basement of an annex to a secret intelligence center on the far end of town, waterboarding citizens into revealing the locations of suspected “illegal caches” of firearms, ammunition or ammunition magazines that were legally owned in 2019, then know this one simple fact: tens of millions of Americans will most surely consider you a betrayer of your sworn oath and a traitor to your country.
And so, if you find yourself silently dismounting a covert SWAT vehicle at zero-dark-thirty, dressed all in body armor, counting down to the time-coordinated explosion of battering rams and flash-bang grenades, on a raid against a sleeping household intended to result in the confiscation of firearms, ammunition or ammunition magazines that were legal to own in 2019, millions of Americans who also swore an oath to defend the Constitution will consider you their domestic enemy, and they will resist you with force of arms. Just as the soldiers of King George were resisted on another notable gun confiscation raid on April 19, 1775. It used to be called “The Shot Heard ’Round the World.”
You may consider the sentiments expressed above to be absurd, hyperbolic, dangerous, ridiculous, or simply wrong-headed. But please understand that tens of millions of Americans feel this way to their cores, and they will not be disarmed without a fight. Well-meaning but naive liberals should understand the certain-to-follow consequences of new gun control laws intended to disarm their fellow citizens in the name of “public safety.” LEOs and FLEAs should understand the dire consequences of participating in gun confiscation raids, in direct violation of their sworn oaths to uphold the Constitution, including the Second Amendment.
The unintended consequences of this misguided utopian fool’s crusade to ban guns would include a second civil war as agonizingly painful as the first one, if not more so, since there would be no front lines and no safe areas for anybody, anywhere. Every sane American wants to prevent such a calamitous outcome as a “dirty civil war” on United States soil.
But know this: those tens of millions will never be quietly disarmed and then later forced at government gunpoint onto history’s next boxcars. If boxcars and detention camps are to be in America’s future, then you, Mr. Security Agent, will have to disarm us the hard way first. Not Piers Morgan, not Michael Moore, not Rosie O’Donnell, not Dianne Feinstein, not Chuck Schumer.
You.

Via Knuckledraggin My Life Away by way of American Partisan

Our job is to do our duty.  The results are in God’s hands.

Just like any tool, knives deserve to be held in respect. That’s how safety works: Respect the tool.

Making knives is a rewarding hobby or career, but nearly every step is a chance for injury. Here are five horror stories from knife shops, as submitted by BLADE magazine readers.
— Read on blademag.com/knifemaking/knife-shop-horror-stories

I have owned many Victorinox models over the years and they were all wonderful knives. Bought them for my boys, too. Fixed blades and folders are important, but one should never underestimate the importance of a quality pocket knife.

Fellow writer/ Reviewer Mikey Bautista does a great job on this review! I believe I was successful in carrying over the link to buy so happy reading and shopping! 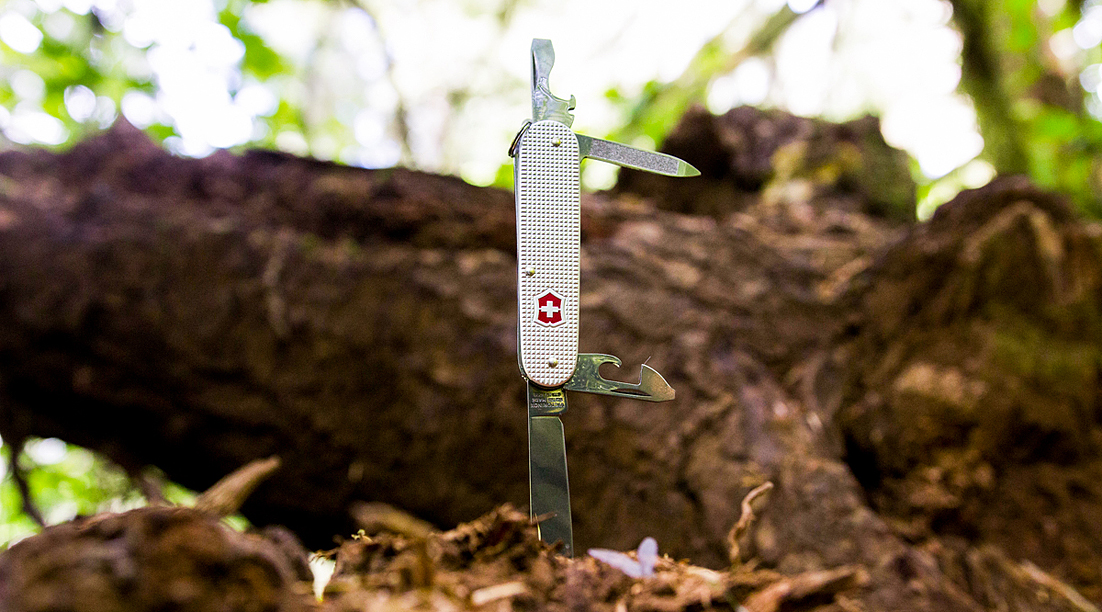 “What knife should I buy?” is arguably one the most-asked question by people discovering EDC gear for the first time. And as simple as the question is, it’s also one of the hardest to answer. There are a ton of things to consider—preferences, use cases, even legality. And then you have to find solid options that won’t break the bank, especially if you’re just starting out with building your carry. It’s this search for practicality, price, and performance that led people to (re)discover the Victorinox Cadet Alox as ticking nearly every box for an ideal everyday knife. Now over a decade old, the Cadet marches on with limited colorway releases every year and a competitive price point for both newcomers and…

Comment by tonytran2015: A terrible future is awaiting USA as its Constitution is gradually corrupted starting with the corruption of its American English Language (“anti-*******” not no mean against “*******” but as a catch all phrase against debate opponents) and the legalization of “dual citizenship”.

…we’re already enemies of the state. Let the revolution begin. Authored by John Whitehead via The Rutherford Institute, “The most dangerous man to any government is the man who is able to think things out … without regard to the prevailing superstitions and taboos. Almost inevitably he comes to the conclusion that the government he […]

via American Apocalypse: The Government’s Plot To Destabilize The Nation Is Working | Zero Hedge — Truth2Freedom’s Blog

Know your history or be doomed to repeat it.

Hopefully, there is fire. 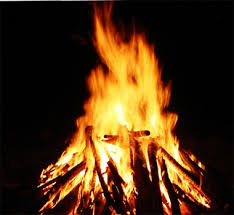