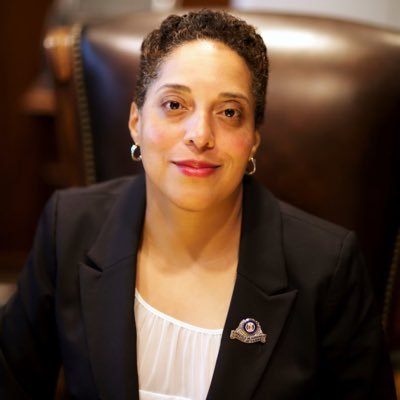 This just keeps getting better and better.  Now, not only can the dirty prosecutor be changed with malicious prosecution, evidence tampering, and bring false charges to a grand jury, looks like she’s in trouble for campaign finance violations.  And not recent ones, either.  Gardner is on probation for playing dirty with campaign funds and the people’s money.  So shouldn’t she just go straight to jail, don’t pass GO and don’t collect any more money?  Oh, that such a thing would happen!  And her accusers are fellow Democrats!  It just doesn’t get any better than this, at least until we see pics on the news of her being marched out in cuffs.  Betcha she looks great in orange.

But he’s a good one.  Well actually, no he isn’t.  To be a good liar you have to be very smart so you can remember your lies and continually cover your tracks.  Sleepy, creepy, goofy Uncle Joe just can’t keep up.  If some people didn’t take him seriously, he’d have a great stand-up comedy act.  But since some people are so slow-witted and unable to rub 2 brain cells together, he is frightening.  Most Marxists are.

You know the old saying:  It is better to remain silent and be thought a fool than to open one’s mouth and remove all doubt.

The Missouri AG wants charges dropped against the McCloskeys, the St. Louis couple that was charged falsely for defending their home.  The prosecutor in the case, Kim Gardner, whose campaign was 70% financed by George Soros, and has been using her office to bludgeon those that are not bowing down to her, is getting smacked down by the state AG.  After charges were falsified by Gardner and her ‘investigators’  tampered with evidence, the circus is finally being closed down.  Gardner never made mention or took into account that the ‘protestors’ had broken through a gate and were trespassing.  Never said a word about the ‘protestors’ making threats of physical violence against the McCloskeys.  Never said a word about some of the ‘protestors’ being armed.  In other words, prosecutor Gardner and her minions were lying like a rug.

The biggest problem I see with all this is that the guilty parties will likely never be held accountable for their crimes.  But one can hope for justice.  Gardner and her thug cronies should be charged with malicious prosecution and be stripped of  their law licenses and police commissions.  Permanently.  Only by doing so can we guarantee that they will not misuse their positions to further their illegitimate power grabs and abuse of the citizens they are sworn to protect.  They are criminals, and do nothing good for anyone but themselves.  Lie, cheat, and steal.  Sound familiar?

I am still very concerned that the corrupt system will violate the McCloskey’s 4th Amendment rights and not return the property than was illegally confiscated from them.  Someone that would falsify charges and tamper with evidence couldn’t be bothered with following the Constitution, the highest law of the land.  I would call their actions treason and there is no defense remedy for acting under the color of law to violate a person’s Constitutional rights.  Time for some hangings.

Some ideas are so dumb right on the surface that it shouldn’t take a business degree to see what nonsense they are.  Paying people not to work and expecting the economy to improve is one of these. 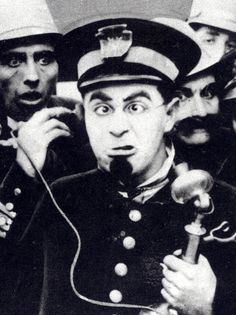 Gee, you’d think they could be stopping riots, or looting, or arson, or real crimes.  But no,  they are busy propping up tinpot dictators in local municipalities.  Bet their mamas are proud of them. 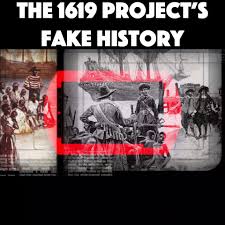 Worse than fake news, it’s fake history!  Brought to you by the Lying Leftist New York Times.  If it wasn’t true they couldn’t print it, right?  Bwahahahahahaha!  Nope, if it was the truth they would refuse to print it.  The 1619 project is a complete fairy tale.  There was a ship full of slaves off the coast in 1619, and the truth stops there.  Everything else is make believe meant to widen the divide between blacks and white.  Why?  Because it serves the purpose of the enemies of the Republic!  Here’s a couple of stories that you can pass on to those who drank the koolaide.

and if the admission by it’s creator that it’s not real history isn’t enough, you can go point by point to blow holes in this Marxist fantasy story.

As a firm Constitutional Originalist, I believe that all good citizens should own guns and know how to use them.  I picked up that wacky idea from reading our Founding Fathers personal writings on the subject.  For example:

“The Constitution of most of our states (and of the United States) assert that all power is inherent in the people; that they may exercise it by themselves; that it is their right and duty to be at all times armed.“
– Thomas Jefferson, letter to to John Cartwright, 5 June 1824

“Before a standing army can rule, the people must be disarmed, as they are in almost every country in Europe. The supreme power in America cannot enforce unjust laws by the sword; because the whole body of the people are armed, and constitute a force superior to any band of regular troops.”
– Noah Webster, An Examination of the Leading Principles of the Federal Constitution, October 10, 1787

These are just 2 samples of many comments by the writers and early commenters of the Constitution.

Please take a few minutes to peruse some other things those great men said at https://www.buckeyefirearms.org/gun-quotations-founding-fathers or other sites that give an accurate historical background for the Constitution of our Republic.

But of course, along with the duty of a citizen to own a gun, there comes the responsibility to learn to use it correctly and safely.  I hold several NRA Instructor titles and the first and foremost thing that must be taught is safety.  When I taught regularly I had my students memorize this:  ‘A safety is a mechanical device and mechanical devices are prone to failure.’  Sure, we practice using the mechanical safety, but the best safety is the one between your ears.  USE IT!

Get a gun.  Get training so you will use it wisely.

Proverbs 4:7 says “Wisdom is the principal thing; therefore get wisdom: and with all thy getting get understanding.”  King Jimmy’s version

Hosea 4:6 says “My people are destroyed for lack of knowledge…” KJV