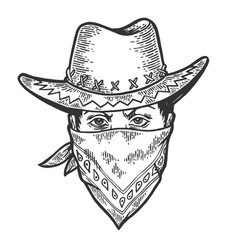 In Fascist and Communist countries,  the secret police forces have never been that big.  Their ability to herd the sheep was always done with fear and collusion.  Collusion in the form of getting people to rat out their friends and neighbors for whatever reward they could get.  Sometimes it was monetary, sometimes extra food, sometimes extra privileges.  While it is good to be vigilant in a dangerous society, what constitutes an offense that should be reported to the ‘authorities?’

This is one of the reasons that the old DHS slogan of “If you see something, say something”  really scared a lot of us patriots that understand the power of a corrupt government.  Do you really know what you are seeing and if it is truly suspicious?  I have seen lots of things that at first appeared a little hinky but on further investigation they were innocuous.  So if a chicken little reports that the sky is falling, that’s okay.  It is NOT okay if the government freaks out and attacks instead of investigating.  Can you say ‘red flag law?’

So here’s an example of a municipal government asking citizens to rat each other out for minor infractions of ordinances.  Not laws, ordinances.  Learn the difference.  Breaking an ordinance gets you fined, breaking a statute (law) gets you a room at the local jail.

Considering what we and the scientists that aren’t lying know, masks are useless to stop the spread of a virus.  But here we go.  Velcom to Amerika.

4 comments on “The Secret Police Way”

This site uses Akismet to reduce spam. Learn how your comment data is processed.